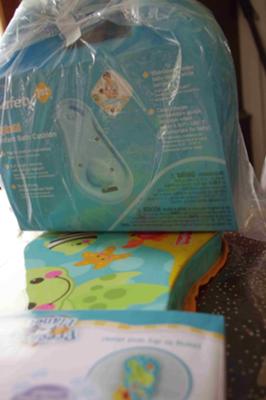 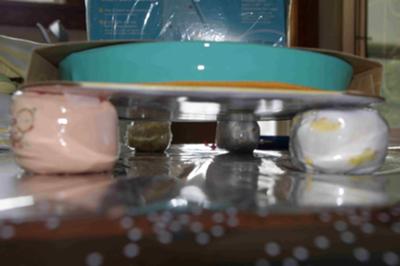 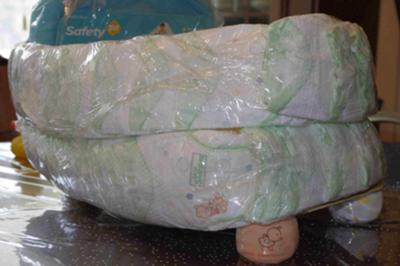 Diaper rows taped to make the sides of the 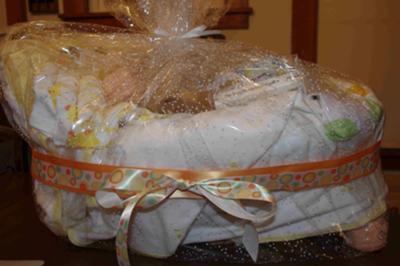 The assembled tub with gifts.

Next, I opened the pack of 4 Onesies. I laid one down on its front, folded in the arms and folded the long snap panel up. I continued to roll the Onesie all the way up, and then folded the roll in half, keeping the embroidered design at the center front, and taped it with invisible tape. This held it in place until I could wrap the roll in clear plastic wrap. I put tape on the top of the roll, and more tape on the bottom of the kneeling pad. Then I used more hot-melt glue to hold the Onesie “feet” in place on the bottom of the “tub.” (While they did show up, I think that another 4 Onesies glued onto the first, making feet that were twice as high, would have looked better.)